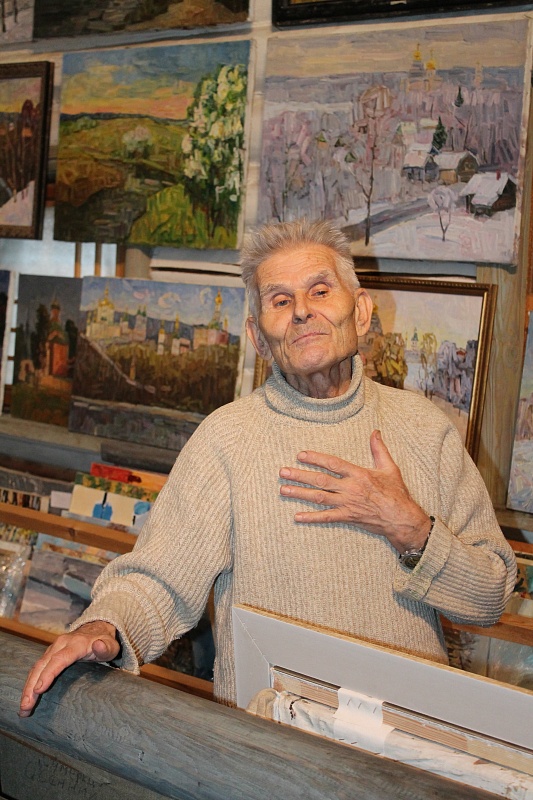 Anatoly Tikhonovich Selyutin was born in 1937 in Voroshilovgrad region in Ukraine. But a year later, his family went to explore the Far East, where Anatoly had spent his childhood and youth. No one in the boy’s family was engaged in art, but his father loved collecting postcards, and young Anatoly simply redrawed them. Anatoly Tikhonovich received a musical education, graduating from the Khabarovsk musical school in choral singing. As for drawing … Only at 22, he first visited the Khabarovsk Regional Art Museum, where he was brought by a friend, Victor Bezyazykov, a sculptor and architect. Young Anatoly was literally shocked by the landscapes of Ivan Shishkin, and a little later he was able to appreciate the sketches of Konstantin Korovin. The next day after visiting the museum, the future artist bought paints and started working. His first paintings were written on fishing, where he often traveled with friends. Since then, he does not part with his sketchbook and writes in any weather.
Throughout his life, Anatoly Tikhonovich often moved and traveled a lot. He simply could not stay in one place for a long time, but wanted to discover more and more new places for himself, to meet new people. He considers his friendship with some of them to be a great success and gifts of fate that changed his life, influenced his work. In 1962, Anatoly Tikhonovich left Khabarovsk for Rostov-on-Don, where he met the artist Peter Stepanovich Keller, with whom they were later linked by strong friendship. Selyutin was then a novice artist, and Keller said about his painting: “I will not teach you about painting — you cannot teach it. I will teach you to think. ” They often wrote together in nature. In 1964, Anatoly Tikhonovich moved to Kiev, where he taught music in accordion class, and three years later in the Kuban. Subsequently, the artist lived in the Istra district of the Moscow region, where he was invited to teach music and visual arts in the secondary school. M.Yu. Lermontov. He worked there for 6 years.
Anatoly Tikhonovich received a higher art education in Moscow, enrolling in 1975 at the art-graphic faculty of the Moscow State Correspondence Pedagogical Institute. Five years later he defended his thesis on the topic “A series of landscapes of the Moscow region”. He often visited the studio of the famous painter Peter Emilevich Bendel, whom he considers his teacher.
Selyutina always inspired the beauty of nature, its most unexpected transitional states. He is very sincere in expressing his feelings and, perhaps, therefore his works, devoid of all naivety, are very sincere, if not to say, touching. There is in them a kind of “music of nature”, some kind of understatement, and most importantly — love for everything that he sees before him. Anatoly Tikhonovich travels a lot to holy places, which, naturally, is reflected in his works. And also — happiness. Happiness that there is an opportunity to express yourself. 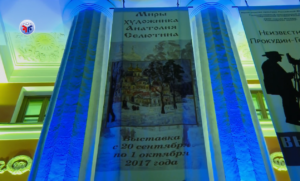 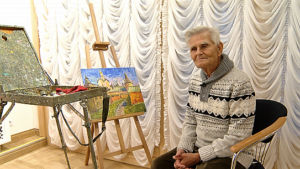 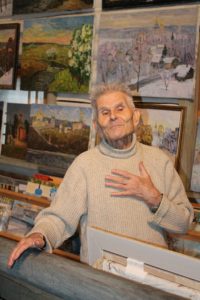 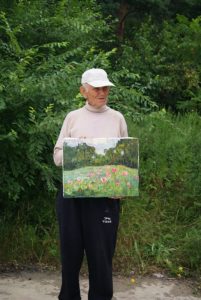 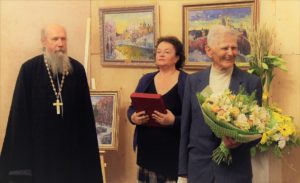 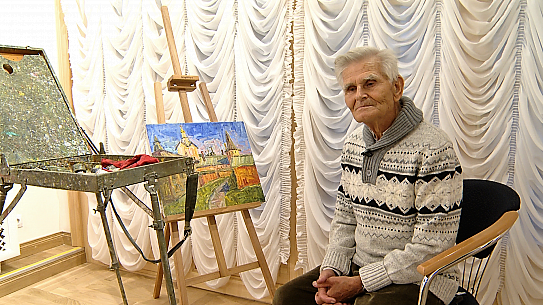